When we bought the house, admittingly this part of the house was pretty impressive.  When I saw it online, it did peak our interest. I thought it was a joke listing at first and thought we may need to go look at this one.  I think at first I was more curious than interested.  I had never seen anything like this in a private home. 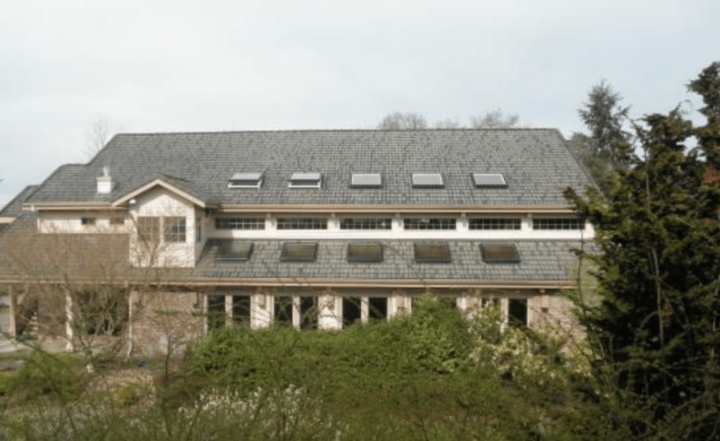 I was able to find a couple images of the pool when it was on the market before we bought it. 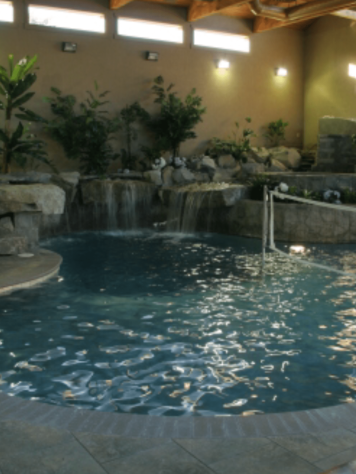 And here are are a few images of when it’s been free of chemicals and left without care.

Isn’t it sad? Even with the dark pool water and a critter making it’s home in the dark water, we were not deterred.  We figured it was still holding water so it just needed to be cleaned and the water balanced. We’ve done many renovations to houses, this shouldn’t be anymore difficult than those……

Not so fast, after thorough maintenance check there were a few things that we needed to fix.  Filters, motors and o-rings were in need of attention.  Plus, the auto filler, wasn’t filling the pool to the correct level.    Also, the heater was shot.  I found this out after inviting a group of teens out and not wanting to get in (me, that is…they were troopers).  It seemed odd how cold it was but, I just figured it was February and the heater was just having hard time keeping up.  Nope.  To be warm in February, you need a heater that works.  Can anyone say Cha-Ching?

Another problem we found (not so much we, but, the kids that came over and were bitten by the pool more than once) was the calcium build up all over pool and hot tub.  The scales were really rough and if you hit the sides of the pool with your skin, it roughed it up.  Not a mangled rough, more like a skinned knee on cement or a really bad rug burn.  Many a fun day of swimming ended with me putting bandaids on the injured.  I started handing bandaids out like candy at Halloween when anyone came over to swim.  After years of neglect and no chemicals put in the pool, it took a toll.

So, it was time get that all taken care of.  The pool was drained.  You can see the scaling and just how bad it was after all the water was removed.

The white stuff on the sides of the pool is the rough scale.  You can see how much of the pool was covered.  After it was drained, the work begins to remove the scaling.  Lots of careful sanding and acid to elimate the rough areas.

And let’s not forget the hot tub.  The hot tub wasn’t as bad, but, still had scale at the water level.

It really didn’t take that long once acids were applied.  But, I wasn’t doing the work, so, it probably took much longer than he wanted.  At the same time, the pool company moved the auto filler and leveled so that it stops when the pool has hit the right height.  We also had the drains changed out to newer designs.

We then had to fill it back in with water, which was pretty costly and not an easy task.  This took awhile to fill; but it eventually filled and we were able to swim in it once again before summer.  I took a few of the artificial plants out and added live plants and rubber mulch around the hot tub.  I plan to remove the larger artificial plants at the back of the pool and would love to add some metal art I saw in Cabo.  Something like this… 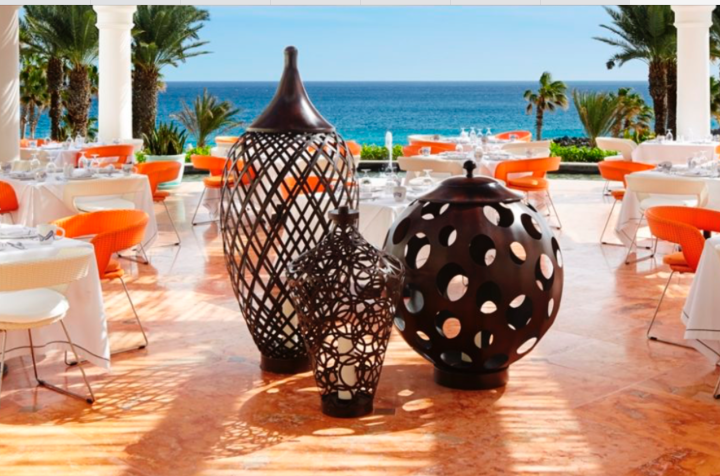 I just love that look.  It would give the pool area a spa/retreat like look. 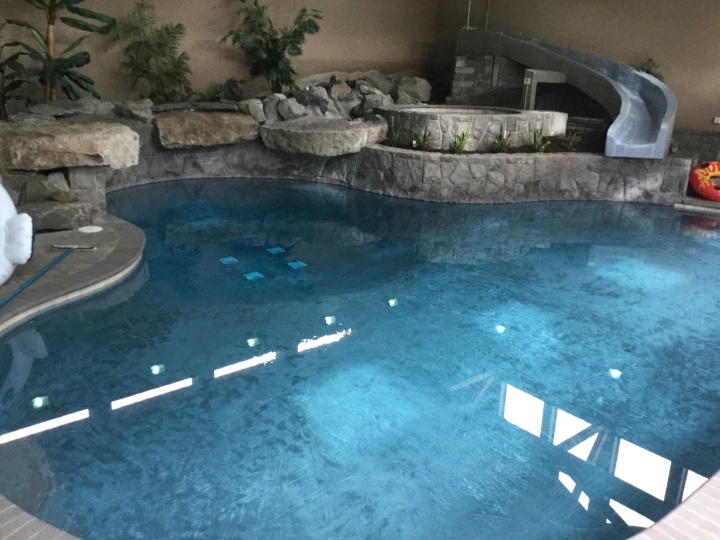 This took a few months from start to finish and well worth it!  On to the next project!